News Flash: Corporate executives and lawyers are big fat liars: H-1b can be hired even when qualified American workers are available 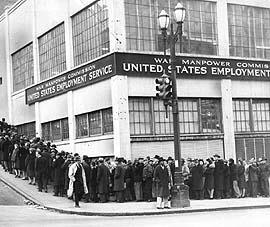 "Corporate executives and lawyers said that employers seeking visas for immigrants must demonstrate to the Department of Labor that no American workers are available."

UPDATE: On April 18th the New York Times ran a correction stating "Employers do not have to show that no American workers were available for the job. "

This myth was also repeated by the Los Angeles Business Journal in "Hire Anxiety" (By BOOYEON LEE April 16, 2007) :

"The H-1B visa program allows companies to employ highly skilled engineers,scientists and computer programmers with expertise that cannot be found in the American workforce."

On March 2nd the LA Times made the same error. The Programmers Guild pointed out their error. And on March 18th the LA Times published this correction:

FOR THE RECORD:
Visa fraud: A story in the March 2 California section about two attorneys charged with visa fraud said that to obtain an H-1B visa for a foreign worker, a company must prove it cannot find a qualified U.S. employee to fill the specific job. There is no such requirement, according to the U.S. Department of Labor. —

Among that Guild's core objections to the H-1b is that it has allowed "corporate executives and immigration lawyers" to legally displace 500,000 highly skilled U.S. workers from their professions with foreign workers that are paid $10,000 to $25,000 below the average pay of U.S. workers in the same job classifications.

H-1B workers may be hired even when a qualified U.S. worker wants the job, and a U.S. worker can be displaced from the job in favor of the foreign worker.

Vaguely attributing a false claim to "corporate executives and lawyers" does not excuse the publication of false statements. Both of these major publications should publish a timely correction, and embed the correction within the web version of the article, as the LA Times did.